The One Place Where Everyone wants BIODIVERSITY except Tower Hamlets Council.

Find all the information you need about our community

We are a mixed group of people all living in the vicinity of the triangle and all affected by the site D development.
We got together three years ago to object to a Council Planning Application to build on this land. The Council own the land and were applying to their own council committee to demolish a biodiversity site, a green corridor, a natural habitat for birds/bees/bats/wildflowers and native species hedges (that they initially helped to create and fund). They want to make way for a new development five and eight storeys high, containing 17 flats! (It was originally proposed to be six and nine storeys).

Since 2016 we have fiercely campaigned to stop all planning applications from being approved as it will wipe out this small organically formed biodiversity plot of land.

We have followed the Councils process. Over 200 people objected and/or signed our petition which was given to the Council Planning Department, many of these people live in the immediate vicinity of the triangle.

Representatives from the community attended all the Council Development Committee meetings to formally object to each application. Due to the unsuitable location and pressure from us, the development was withdrawn twice and rejected three times by Councillors on the development committee.

Tower Hamlets Council has always prided itself on encouraging the voice of residents to be active within their community and bring forward new ideas, get involved in new initiatives, raise concerns and complaints.

Our campaign received huge support from a host of environmental bodies all agreeing that the Limehouse Triangle should remain a biodiversity site.

This site would highly benefit many people, help improve the low air quality in the area and help the borough to its promise of becoming carbon neutral by 2025. Our fight was taken up by the local newspaper The East London Advertiser, local Councillors and London Live News.

On 1 April 2019 despite three years of strong opposition from residents, Tower Hamlets Council and the Development Committee ignored the voice of the residents and decided to push this through  even though very little had changed from the previously rejected applications!

We think they have got it wrong.

This website is about the fight for the LIMEHOUSE TRIANGLE by the voice of the Community! 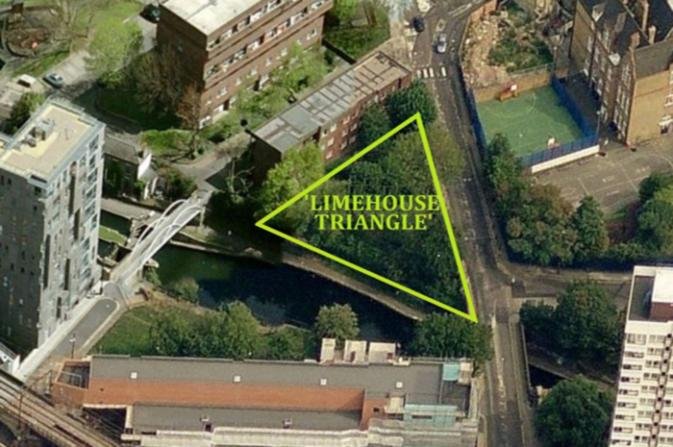 We believe the Council got it wrong. We believe Councils must WORK together with residents, NOT DICTATE!

Everything about the Limehouse Triangle is on this website.